The imminent arrival of Monday morning didn’t phase attendees of the final night of Boston Calling; crowds filled the entire Government Center and refused to let the looming workweek ahead dampen their moods. Ben Howard, Hozier, and Alabama Shakes to rounded out the final evening. Each artist delivered a unique performance, but shared emotion and energy. In comparing Saturday night’s lineup of Chromeo, Chvrches, and Alt-j, Sunday night may have seemed like a soft ending to the festival, but the performances were anything but. 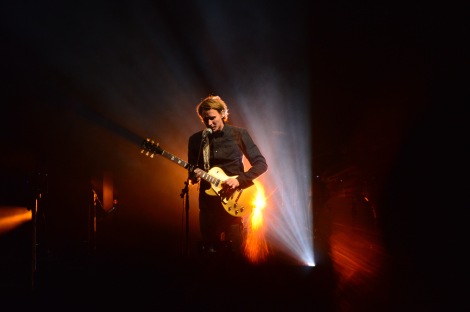 Starting off as the sun set, Ben Howard came to the Jetblue stage and mesmerized the crowd with his electrifying guitar, crooning vocals, and magnificent visuals. Each song flowed together seamlessly as he performed simultaneously with immense emotion and power. Howard and his band members were shadowed by a massive screen that stretched to the top of the stage, displaying subtle yet psychedelic video clips that captivated the audience. The fog machines and backlighting leave Howard looking like an ethereal angel. 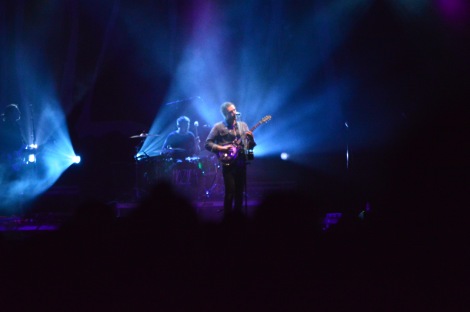 After Ben Howard’s calmer and more introspective performance, Hozier took to the stage amongst uncontrollable shouting from the crowd. Andrew Hozier-Bryne and his band members performed so magnificently that practically everyone in the crowd belted the lyrics to each song. Hozier’s raw talent and mesmerizing stage presence added new dimension and soul to his original songs, such as “Work Song”, and “Someone New”. Halfway through the set, Hozier performed a faster-tempo rendition of “Blackbird” by the Beatles that managed to keep the original emotional power of the song while making the crowd dance. They didn’t stop there; later on Hozier jumped into his own take on “Problem” by Ariana Grande that transformed the pop song into a folk-rock jam. The set was ended with a rendition of his chart-topping hit “Take Me to Church” that despite its familiarity managed to bring the song back to its original emotional bravado and energy. 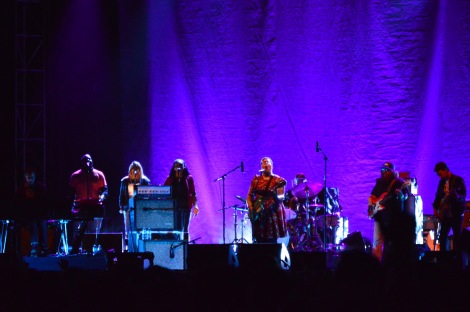 Just as the blood moon came out behind the buildings of the Government Center, Alabama Shakes took the stage for the final performance of the weekend. The supermoon and Alabama Shakes seemed to coincide almost perfectly: lead-singer and guitarist Brittany Howard’s incredibly powerful voice that one moment had the crowd cheering and the next close to tears coincided well with the symbolic representation of the moon as the ruler of emotions. A good portion of the crowd filed out after Hozier performed, which left the remaining viewers more space to dance and enjoy a fantastic performance of the Alabama rock group’s new album “Sound & Color”. One of the lead tracks from the album, “Gimmie All Your Love,” was the clear crowd favorite. As the nine-piece band took their final bow, the crowd filed out, all in spiritual awe of the perfect ending to the weekend.