Sydney-born indie dance group RÜFÜS DU SOL doesn’t have many stateside listeners at the moment, but that is sure to change over the course of their 15 date headlining tour. Their debut album Atlas released atop the Australian charts in 2013, and they’ve replicated that feat with 2016’s Bloom. The album’s lead single “You Were Right” was named the 2015 Best Dance Release by the Australian Recording Industry Association (we may as well call it the Australian Grammys).

Though they perform as RÜFÜS outside of North America, a curious U.S. trademark on the name forced an alteration in 2014. The most likely holder is the 1970’s funk band Rufus, though I doubt anyone will be confusing the two. Creating a distinctive sound within the electronic realm is increasingly difficult in a now saturated genre, but RÜFÜS DU SOL’s crisp production and dreamy vocals have crafted a refreshing space in which to lose oneself, all the while evading the stagnant repetition that plagues many current EDM artists. “Be With You” is reminiscent of light-hearted 90’s house, while “Daylight” incorporates an intricate guitar melody throughout and “Brighter” builds a crescendo of hand snaps and harmonizing into a smooth bass drop. The fusion of various elements has evidently impressed, with the group making their premier appearances at Coachella and Firefly in the coming months.

Their March 30th show at the Sinclair in Cambridge is the first stop on their tour; do yourself a favor and catch them live before your headdress wearing, parasol twirling, bodypainted cousin from California can tell you they “discovered” the band. They were kind enough to answer our questions on the recent boom of Australian electronic artists, “tropical house” and more. 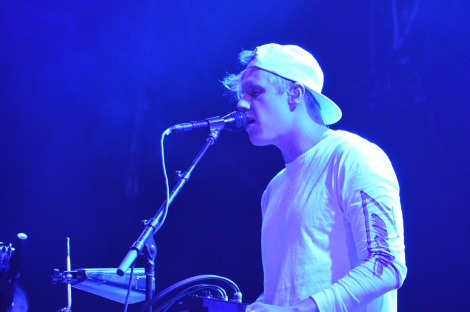 As you said in the past, “trademark is a serious bitch.” How did you settle on RÜFUS “DU SOL” as your North American name?

Our name has always carried a familiar yet foreign feeling for us and so when we found out that we had to change our name in North America we started just trying to elaborate on that idea. RÜFÜS for us is almost like an island far away, in the middle of nowhere with its own sound and foreign creatures and inhabitants… Adding the ‘Du Sol’ seemed to just add to this vibe, adding a little more foreign sun to our secluded destination.

When comparing your early EPs to your two studio albums side by side there is a clear shift from a deeper house sound to a more danceable, upbeat vibe. Is this the product of natural progression, or were you deliberately seeking to produce a distinct new sound?

That’s interesting to hear, but honestly, for us it has always felt like a very natural progression. We wrote the first EP about 6 years ago and not only have our production and engineering skills improved drastically in that time, but our tastes continue to mature and define and redefine the music that we make… Constantly showing each other new artists and sub-genres, is such a fun part of the process and keeps us excited and invigorated to create; I don’t think that will ever change for us.

The sheer amount of talented Australian artists in the electronic genre is quite impressive; would you attribute part of your global success to the efforts of artists such as Flume, Hermitude, and Cut Copy?

Yeah we’ve been extremely lucky to be a part of such an exciting wave and generation of Australian music. Bands like Cut Copy, The Presets, MidnightJuggernauts inspired us to begin making music and continue to inspire us along with our friends and peers we now tour the world with like Flume, Hermitude, Motez, What So Not, Flight Facilities and Hayden James.

Your style bears some similarity to the Tropical House sub-genre recently popularized by Thomas Jack and Kygo, though Atlas preceded its rise to the mainstream. Would you count yourselves as seminal contributors or do you not associate with the title and why?

It’s not like we’d be dissociating ourselves, but those guys do that genre so well, we don’t want to tax on their gig. haha. We’ve been inspired by them but we are influenced by all types of house music and many other genres.

Barring third party remixes, your songs have not included any external features thus far. Who would be your dream collaboration be with?

We love collaborating with other artists. Jack Vanzet has done all of the single and album cover artworks for the new album, Katzki has done all but one of our film clips and we’ve worked with a couple of female singers and a gospel choir which was an amazing experience. We’d love to get in a studio with a few producers out there to rattle their brains, but the one that’s probably on the top of that list would have to be Nicolas Jaar. 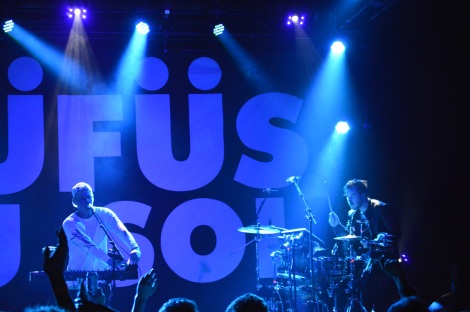 Since you’ll be playing some larger festivals this summer including Firefly and Coachella, is there more or less pressure to impress when members of your audience may have never heard of you?

There isn’t really any pressure, we’re just super excited to get in front of some new audiences to play some shows. Those festivals in particular are ones we’ve always wanted to perform at and the fact that we’re doing a sunset slot at Coachella is a bit of a dream come true. You always feel the crowd shift in energy during a sunset slot whether you know them or not.

Get your tickets for RÜFUS DU SOL’s Sinclair tour stop on March 30th here, and check out their Soundcloud here.