Melisma Magazine covered this year’s SXSW Music festival, and it was equal parts blissful and overwhelming. At the end of this article is a recap of our favorite artists at SXSW this year. See all our photos of SXSW 2016 here. All photos by Chelsea Wang.

It’s hard to present the South by Southwest experience because every experience is so different, but I’ll start by saying that mine came complete with seeing live Ira Glass and Angelique Kidjo interviews, having a really good conversation with my Uber driver about redlining in America, telling Kelela that I’m in love with her, (physically) running into Greta Kline on Sixth street, watching PWR BTTM get stick ‘n’ poke tattoos in a bar on The Drag, and getting thrown up on at Drake’s surprise performance at the FADER Fort. I could go on and on about the endless list of cool experiences that I’m sure I couldn’t have had anywhere outside SXSW, all of which make the festival markedly unique.

But outside the wealth of incredible events and performances, what really separates SXSW from other music festivals is its swelling importance in popular culture and media today. SXSW first started in 1987 as a small grassroots music festival with a goal to bring media attention to the burgeoning community of musicians in the region. The founders shared the thought that “the local creative and music communities were as talented as anywhere else on the planet, but were severely limited by a lack of exposure outside of Austin. Music was the uniting factor, but the group had a catholic taste for art and ideas. Inclusiveness and reaching for new things were core values.” The first festival held in March 1987 projected a mere 150 attendees, but garnered over 700 instead. Over the next twenty years, the regional gone national festival would start to gain worldwide attention.

According to a report on last year’s SXSW, the organization’s music program boasted 2,266 showcasing acts of which 553 were international acts from 62 different countries. These acts performed on 107 stages to a total of 30,308 attendees. SXSW’s growth in the past couple of decades has been immense to say the least. Its rapid growth has earned the festival an international presence both in popular culture and in its target industries. Recall that Twitter’s popularity (existence, really) today is a direct result of SXSW in 2007.

SXSW, once a music festival made for connecting local artists from different regions of America, is now an international music, film, and interactive festival meant for gathering those who are passionate and curious about developing thoughts, movements, and tools all around the world. Industries that SXSW have reach in include media, philanthropy, technology, communication, business, and music.

The festival is separated into three weeks, one for their interactive festival, another for their film festival, and then the last for their music festival, each with their own unique experience and set of events to offer. If you’re interested in attending events categorized under all three festivals, you can purchase the Platinum badge. There is, however, a lot of overlap between the three festivals, so for example, music badgeholders have the chance to go to film screenings as well as interactive panels.

For those with official conference badges, downtown Austin becomes a hub for expos, conferences, live interviews, panels, and more. Strewn across the sunny city of craft beer, coffee, and (really good) Tex-Mex during the weeks of South By are microcosms of career-building meet-ups and presentations for industry professionals. Endless parties (official and unofficial) stretch out across Austin’s famous Sixth Street. Participants come to SXSW to hear about what people have been creating and testing out in the year since the preceding festival. Passionate presenters come to exhibit developments in their respective industries to eager audiences.

Virtual Reality technology stood at the frontline of popular presentations this year. They ran alongside discussion panels on VR’s burgeoning effect on society. In 2015, the UN released a VR film following the life of a Syrian refugee girl meant to present vulnerable communities around the world today. Several presenters, including one from Matter Unltd, focused on the power of Virtual Reality to instill and teach empathy as well as to connect far reaches of the world.

The power of SXSW’s existence is grand. Michelle Obama gave the keynote speech for the music festival this year in an interview with Missy Elliott, Sophia Bush, and Diane Warren moderated by Queen Latifah. The five women collectively presented the First Lady’s initiative “Let Girls Learn,” which focuses on ensuring that girls around the world are receiving the education that they need and deserve. At the center of their conversation was the importance of education, and ultimately exposure. Access to education governs access to diverse perspectives and narratives that are necessary for individual growth. They told stories of being faced with adversity as a consequence of gender and racial inequalities, all of which highlighted for them the need for young girls and people of color to have guidance at vulnerable ages. So when I say SXSW’s existence is grand, I believe it comes from the festival’s purpose of gathering impassioned people to push forward the potential for growth in the world. 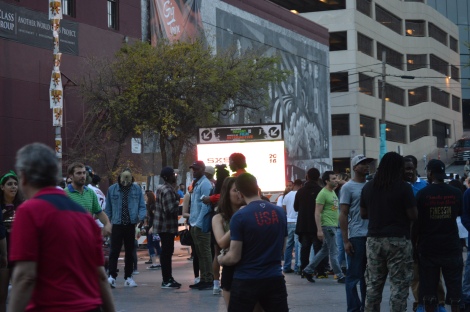 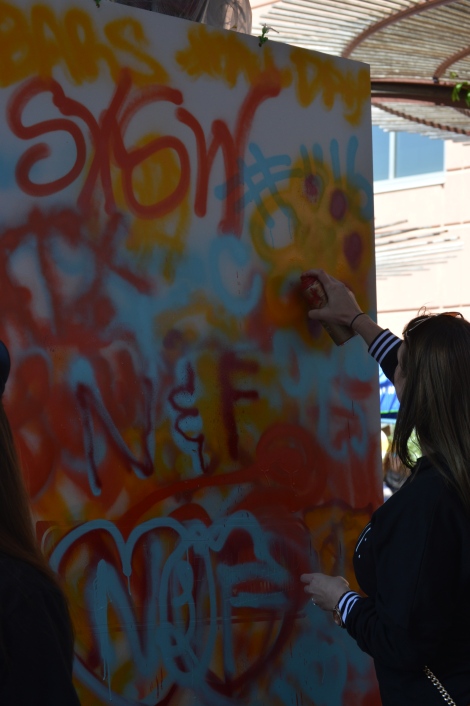 There were so many incredible performances every day and every hour of South By, and we couldn’t catch them all. But from the showcases (official and unofficial) that we did see, there were a few that stuck with us.

Their dreamy, sweet, and whirring sound, fronted with ethereal vocals that dance between Julia and Nick, incorporates a broad range of punk, rock, and psychedelic influences. For a band that self-describes their music as “night music”– the kind you would put in with Pink Floyd’s Dark Side of the Moon and softer Velvet Underground songs, the Brooklyn trio’s live shows are thrilling. Their 2016 release “Human Ceremony” is equal parts lay back in your room to listen and get up, get up! 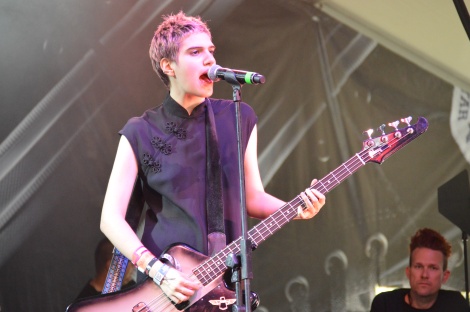 Formed when Joey La Neve DeFrancesco met Victoria Ruiz while working at a hotel together in Providence, RI, the bilingual punk rock band released their debut album “Full Communism” in 2015 “on a Wave of History,” in the words of DeFrancesco on the album’s first track. Both influenced and heightened by the year’s discourse on sociopolitical issues in America– including notably, the Black Lives Matter movement–, the album is impassioned. Hopping along heavy sax parts and steaming from Ruiz’s raging voice, their sound is intoxicating. I’m going to give the rest of this band’s introduction in a message Ruiz shouts to her audience when the band performed in New York a couple years back. Her message sums up the mentality of “Full Communism”.

Ruiz introduces the song “Callate” with a little call and response. She says, “This song is about learning how to say “no.” Because when you don’t learn how to say “no”, then you’ll only be left saying “yes”! When someone wants you to do something that you REALLY don’t wanna do, what do you say?!”

“When someone wants to use masculinity, racism, homophobia to try and get you to do something that you don’t wanna do, what do you say?!”

“And if you god damn want one pizza with JUST cheese and someone tries to put something else on it, what do you say?!”

Maybe you, like me, only recognized Anderson .Paak from his collaborations with L.A. DJ TOKiMONSTA before now. So his release of Malibu, something I would consider one of the best albums of 2016, came as a surprise. And then after Malibu, if you know very little about Anderson .Paak, I’ll start by saying he was born into a Black and Korean family, he worked on a marijuana farm, and he was let go from work without warning and forced into homelessness with his wife and infant son. Fear, triumph, struggle are all palpable in his background. I have, unfortunately, very superficially summed up his background in a sentence. If you listen to his 2016 album, Malibu, it will communicate better than any music journalist can about the unique trials .Paak faced before getting to where he is now. While trailing the worst parts of life, Malibu emerges as a message of faith, determination, and hope. Between the album cover of .Paak playing the piano while sinking in water and the samples .Paak incorporates throughout the album, Malibu shows that all things in life pass with time, the good and the bad. 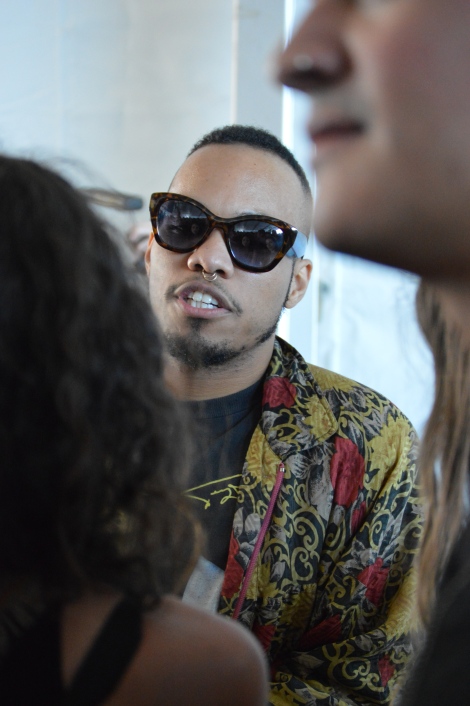 Hip-swaying and graceful songs grounded in sharp percussive parts, Kelela’s discography has the means to melt into something smooth and otherworldly. Quaking like thunder but soul-stirring like rain, watching LA-based Kelela Mizanekristos perform is the first step to transcending this world. 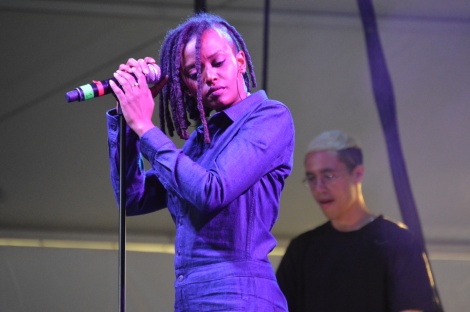 This Seattle band’s dreamy sound presents itself to you in a range of vivid colors and sensations. Fronted by Marika’s dreamy vocals and fueled by tight riffs and percussion, the band’s live performance is thrilling. Read our feature and interview on the band here. 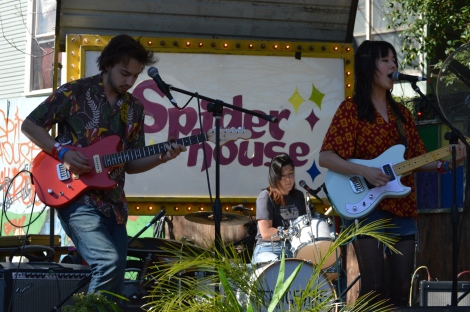 Kristine rocks on her heels as she sings poignant lyrics against nimble guitar riffs. When her band members join in, the seemingly languid band releases a full-forced sound that rushes at you. Initially Kristine Leschper’s solo project, Mothers filled into a four-piece guitar-heavy band. When they released their single “It Hurts Until It Doesn’t” alongside “No Crying In Baseball” in 2015, they presented a sound and narrative that felt like dark and insurmountable anguish. The next year, they came out with their debut album, “When You Walk A Long Distance You Are Tired,” in which the band’s narrative became much more clear. Their songs are about being transparent in self-expression, especially on feelings that aren’t comely or well-defined. Their songs are about experiencing growth, enduring pain, and being human. Their songs are about survival. 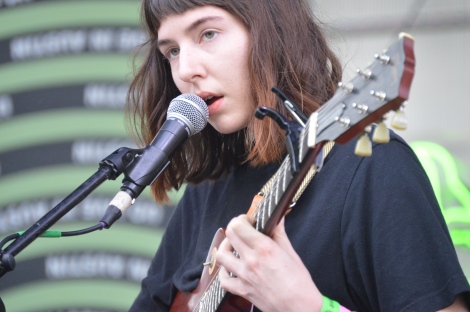 Show Me The Body

The only thing their website says in addition to tour dates and merch is: “Show Me The Body is a NY hardcore band. They are based in Queens and are part of the Letter Racer collective.” Their performance at the FADER fort started with Pratt taking a sip from a beer can and then throwing it in to the crowd. And ended with Pratt throwing himself on the ground and yelling into the mic while playing his banjo. 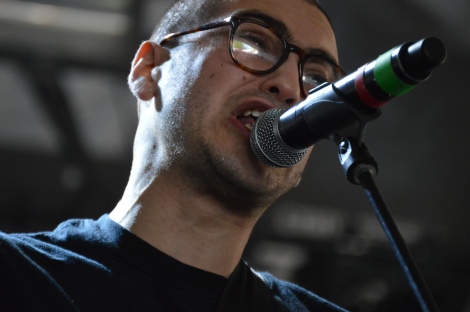 A local favorite for the city of Austin, they have been known for their bring-down-the-house live shows. Their SXSW showcase was complete with electrified marching and strutting from Sabrina. Graham at one point left the venue and continued to play his bass in the streets. It ended with Andrew climbing the rails of the bar to the second then third floor of the venue. He stood suspended above the crowd on the railing of the third floor as the rest of the band rang out their last notes. Read our feature and interview with the band here. 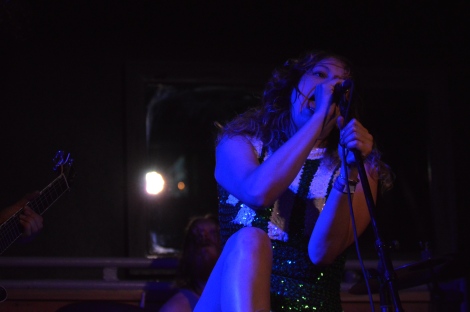 Artists We Found at SXSW

…that we’re getting into, and we think you should too.

Thao & The Get Down Stay Down