By Diana Hernandez and Katie Sanna

EDEN, also known as Jonathan Ng, is a young artist from Dublin, Ireland. He started off his solo career as “The Eden Project” and then shortened his stage name to “EDEN” to represent a more minimalist image and sound. He reflects such minimalism through his mixture of electronic and pop music. However, his lyrics certainly don’t reflect minimalistic concepts and neither did the visual effects of his Boston show on the vertigo tour. 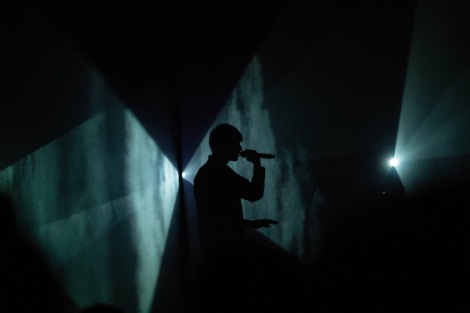 The show originally was planned for Paradise Rock Club, but was moved to the House of Blues due to the overwhelming popularity of the show. EDEN remarked on this change, as House of Blues was one of the largest shows he had ever headlined. Despite the complete venue change, the show was absolutely meant to be performed to a packed, passionate Boston crowd in the House of Blues. The lighting design of the show was so fantastic that it deserves a personal shout out. There were moments the crowd would cheer based solely on the fact that the lighting had changed from deep intriguing backlighting to projections that make the light dance across the crowd. His stage presence also demonstrated a “sad boy” vibe, focusing more on his sad lyricism than his stage presence. EDEN chose to mostly obscure his face, the light rarely shined directly on him, preferring to instead light up the crowd as EDEN briefly spoke in between songs. 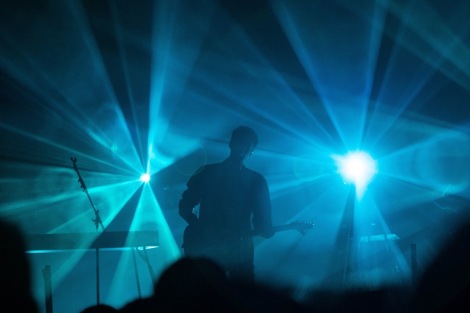 Each song off of vertigo left the crowd deep in their feelings, a common feature of “sad boy” music. Since EDEN’s music tends to prefer slowly building choruses and long instrumental post-chorus breakdowns, there was not much opportunity to dance but that does not mean the crowd did not actively involve itself. Much of the concert was instead passionately singing along to the relatable “sad boy” lyrics that included a pleasant head nod or swaying along to the beat. Although new to crowds of this size, EDEN performed flawlessly sounding exactly like his music available online. Even though he stayed hidden in the shadows, EDEN still managed to put on a fantastic and grasping show. As EDEN continues to move to larger and larger venues in Boston, it is certain that he will continue to produce the quality of performance that draws in the increasing numbers.