Alt-rockers Night Riots have just wrapped up their first headlining tour in the UK and are now playing shows their Dark Violet US tour. Formed in 2010, the band got their break with their 2014 single “Contagious.”  Since then, the band has toured with bands like K. Flay, The Mowgli’s, Young Rising Sons, and Andrew McMahon in the Wilderness and released both and EP entitled Howl and their first full-length album, Love Gloom. This year, the band has released two singles, “Colour Morning” and “On the Line.” Melisma got to talk to the band about touring and their recent releases.

You guys have opened for bands like Andrew McMahon in the Wilderness, All Time Low, and The Maine, and you recently finished your first headlining tour in the UK. How was that?

It was awesome to have the opportunity to open up for such great bands and make new friends.  Headlining our own shows are exciting cause we get to play a longer set and put in new elements to the show.  The UK was cool to have that as our first experience of headlining and to have so many people stoked on the show and the new music.

What’s one thing you missed from the US while touring in the UK?

I hate to say this but I missed huge parking lots and places like Wal-Mart.  Sometimes you need a toothbrush, a new hose, headphones and a bag of celery.  It’s not as easy to find all that in one place in the UK.

Your US headlining tour kicks off soon. Have you found that US crowds differ from crowds in the UK?

You know, people are pretty similar no matter where you go.  But I’d say a lot of the times foreign crowds can seem more open and accepting to new music.  The coolest thing is hearing them sing your words back to you but in a cool accent.

How did you choose your openers, Courtship and Silent Rival, for this tour?

We had a lot of cool bands that we wanted to take out on this tour.  Courtship and Silent Rival both are good people and we are stoked to have them on the tour.

You’ve had some time off in between tours. How have you been spending that?

We’ve spent all our time off in the studio working on finishing new music.  We also have been farming a lot and roasting our own coffee.

You released “Colour Morning” in February. Why did you choose to release that track in particular as a single?

That song was never meant to be a real single.  We just wanted to release a new song to get people excited for new music and we all liked that song.

Is it in advance of a new EP or album?

We were kinda thinking about releasing songs every month or so but we may end up putting it all together as a whole album.  We have enough material now to fill up a full length so maybe we will do that.

Breaking Free was featured on 13 Reasons Why. What was that like for you guys?

It’s awesome.  We’ve had so many people hitting us up saying they heard us in the show.  We are always pumped when we have a way to reach new people and it seems the song fit in well with the show.

It’s music festival season, so if you could create your dream lineup, what are some of the bands you would pick?

Vacationer, The Hunna, Logic, & Steven King narrating his own books would be our dream lineup. 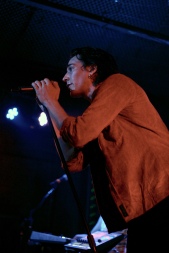 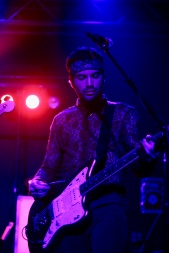 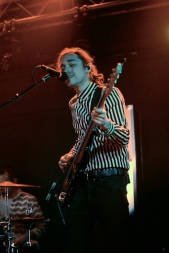 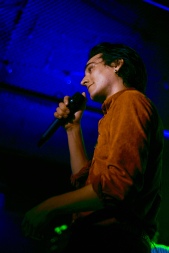