When Lindsay Jordan, the singer-songwriter behind Snail Mail, took the stage, someone in the back of the crowd shouted, “Why is everyone cheering?” At barely five feet tall, Jordan was barely visible over the heads of fans. As she sang the first line of “Heat Wave,” however, she captured the attention of everyone in the audience. Played at a slower tempo than the recorded version on Snail Mail’s debut album Lush, Jordan had fans hanging on every last word.

Snail Mail was opening for Alvvays at Boston’s Paradise Rock Club, but performed like she they headlining. As Jordan sang heartfelt lyrics about unrequited love and teenage confusion, you could see every emotion on her face as if she were experiencing it for the first time.

Jordan played through old favorites, like “Thinning” from the 2016 Habit EP, as well as newer fan favorites, like “Pristine.” Through it all, fans sang her lyrics right back to her, sharing in her vulnerability. These moments were especialy audible on slower tracks like “Speaking Terms” and Jordan’s personal favorite, “Let’s Find an Out.”

Snail Mail’s performance proved that the band is more than teen bedroom pop. Their set showcased their position as a sincere and legitimate indie rock band.

You can catch Snail Mail headlining at The Sinclair on December 1. 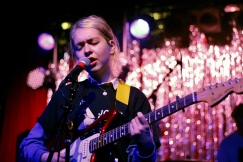 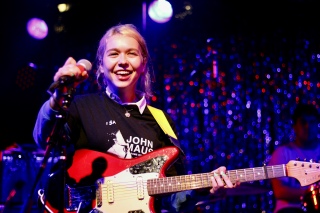