After taking two years off from touring, LA alt rock band Weathers has spent the fall touring with DREAMERS. During their break, the band focused their energy on their musical growth, writing and recording their debut album Kids In The Night. Frontman Cameron Boyer says, “We definitely wanted to write something personal. We’ve all changed a lot in the past 2 years as people and also as musicians and we wanted that to reflect in our music. All of these songs are also personal to me in some way. Either the songs are about something in my past, or a reflection of different parts of my personality.” The band cites The Cure as a major musical influence and The Killers as performance inspiration.

Weathers’ 2016 single “Happy Pills” charted amongst alternative songs and helped make a name for the band, but Kids In The Night album marks a change in the band’s sound as well as subject material. Upon their return, the Boyer admitted to being nervous about the response to this change from their label and more importantly from fans.

Judging from the crowd’s response to their live set at Brighton Music Hall on September 30th, Weathers did not disappoint. While fans certainly danced and sang along to “Happy Pills,” they seemed to enjoy the newer tracks just as much. Boyer works the crowd with his energetic dance moves and by interacting with them. “Carry Us Home” is his favorite to play live and always gets him dancing. “If you’ve seen us live, you probably know what I’m talking about because I’ve incorporated the little dance move into the live set and I do it every single show.” (He did indeed incorporate the dance move into the band’s set in Boston.) The crowd readily responds to Boyer’s energy just as much as he responds to the crowd. He says, “I love bopping around across the stage and interacting with the fans during the set. Without their fire, I wouldn’t be comfortable enough to bop around. The show isn’t about the band alone, otherwise we wouldn’t play shows. It’s about having the opportunity for the band and the fans to come together. It’s not just an opportunity for the fans to get to see us, but for us to also get to see our fans.” After their set, Weathers made sure to stick around to meet and talk to fans. It’s clear they really care about their supporters. The relationship between the band and their fans has created a dedicated group of supporters. When Weathers took the stage in Boston, someone shouted that they were only here to see Weathers. Even though they were the opening band, the fan response was more similar to that of a headlining band.

While he loves being on the road and finds that it’s an adventure, Boyer does miss his routine at home, which includes frequenting the movies. “I love writing and directing film as well so it’s a good way to keep up with what’s out there and it also keeps me in love with film all together,” he says. Fans can see his talent for directing on the band’s music video for “1983.” “I came up with the concept for the video and presented it to him and the band. Then Michael and I took that concept, expanded on it, and made this video. I directed the vision and the female actress and the band while Michael captured it all on camera. Together we work really well and it was a super rad video to shoot!” he said. During their set, the band also announced that they released their video for “The Night Is Calling,” also directed by Boyer.

Weathers’ dedication to their fans and their musical integrity is paying off. Their set elicited euphoric dancing and singing from the crowd. I wouldn’t be surprised if Weathers returned to a sold-out Brighton Music Hall in a few months as the headliner. 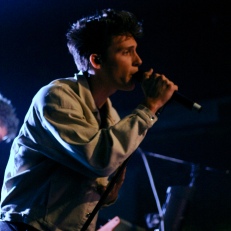 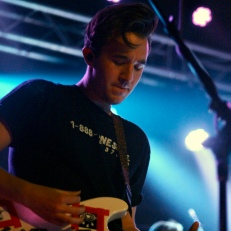 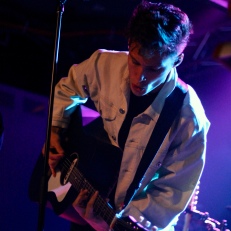